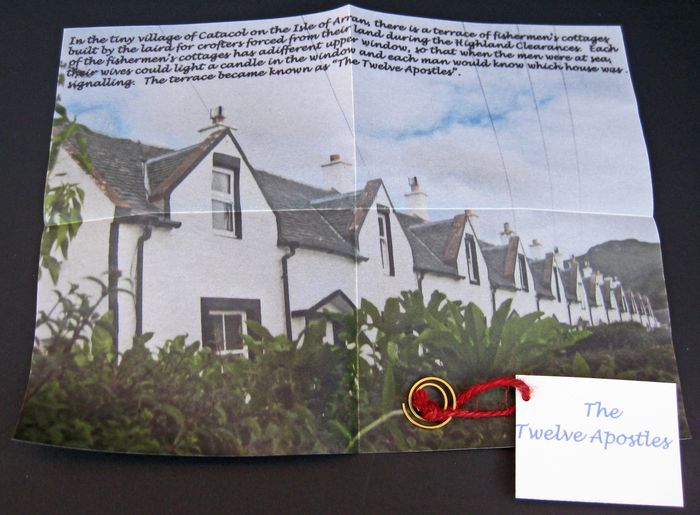 The Twelve ApostlesIn the tiny village of Catacol on the Isle of Arran in the Scottish Herbides, there is a terrace of fishermen’s cottages built by the laird for crofters evicted from their land to make way for more profitable sheep farming. Each of the fishermen's cottages has a different upper window so that when the men were at sea, their wives could light a candle in the window and each man would know which house was signalling. The terrace became know as "The Twelve Apostles”.£5

Apologies for looking a bit vague yesterday at Ardvaak. It was good to see you again. We always seem to be away when you are exhibiting these days.I must look more closely at your web page to see wher