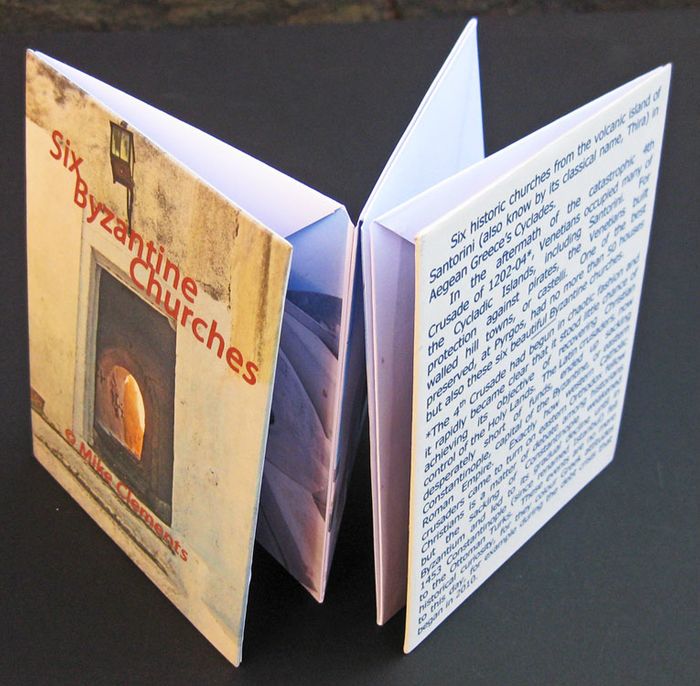 After the catastrophic 4th Crusade of 1202-04*, Venetians occupied many of the Greece's Cycladic Islands, including volcanic Santorini. For protection against pirates, the Venetians built walled hill towns or castelli. One of the best preserved, at Pyrgos, had no more than 50 houses but also these six beautiful Byzantine churches.[*during which western Catholic crusaders sacked Constantinople, the capital of eastern Orthodox fellow Christians]"Open squeezebox" structure. Digital.10.7 x 14.2cm£30

Apologies for looking a bit vague yesterday at Ardvaak. It was good to see you again. We always seem to be away when you are exhibiting these days.I must look more closely at your web page to see wher